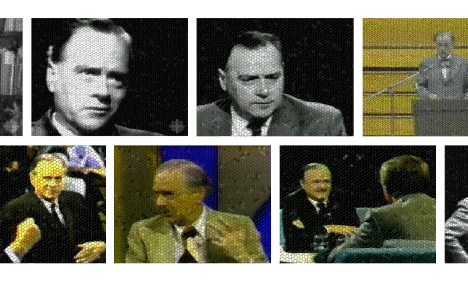 The introduction into the McLuhan Video Archive is based on the conversational video events McLuminations that took place in 2011 during the McLuhan Centennial directed by Baruch Gottlieb and featuring the McLuhan scholars Derrick de Kerckhove, Richard Cavell, Martina Leeker and Steffi Winkler. The text, co-authored by Steffi Winkler and Baruch Gottlieb stays very close to original publications of McLuhan and quotes various sayings directly from rare video archival material to reinvigorate the unique archive of the McLuhan Salon at the Embassy of Canada in Berlin and prolificly re-contextualise it.

McLuminations. An Introduction to the McLuhan Video Archive, 2014, S. 1-16